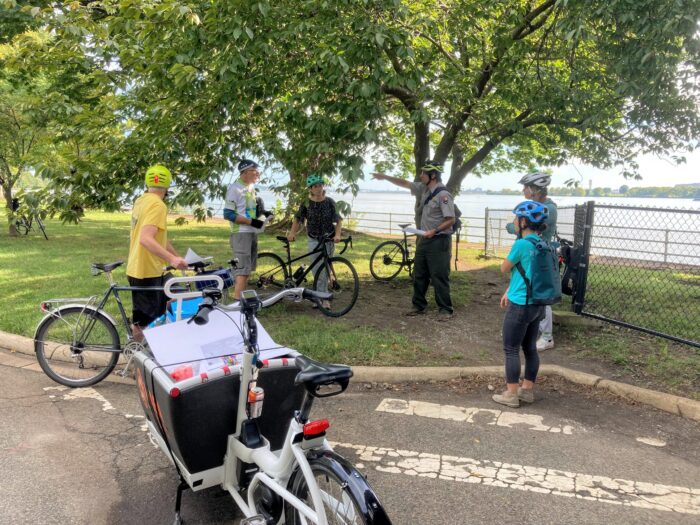 It’s been a busy summer and start of fall for the Capital Trails Coalition!

We spent time in every jurisdiction over the last few months, meeting with planners and advocates, attending events large and small, and experiencing the trails firsthand. The success of the Capital Trails Coalition is only made possible by the incredible work of our members and we are committed to showing up for them, promoting their efforts, and investing in this special community of trail supporters.

We also focused a great deal on some important internal work. This included welcoming several new folks to the Steering Committee, as well as welcoming back several members for renewed terms. Laura Miller Brooks, Director of Transportation and Infrastructure at the Federal City Council – has also graciously raised her hand to become our new Chair for the upcoming year!

We also put the finishing touches on our Strategic Roadmap, fleshing out action items, key metrics, and timelines for implementation. We presented the final draft at our September membership meeting and are so excited to change gears to begin the actual work.

Want to know what else we’ve been up to across the region? Read on below!

Want to get involved? Individuals can sign up for CTC emails on our website and organizations/agencies are encouraged to join us by filling out this interest form.