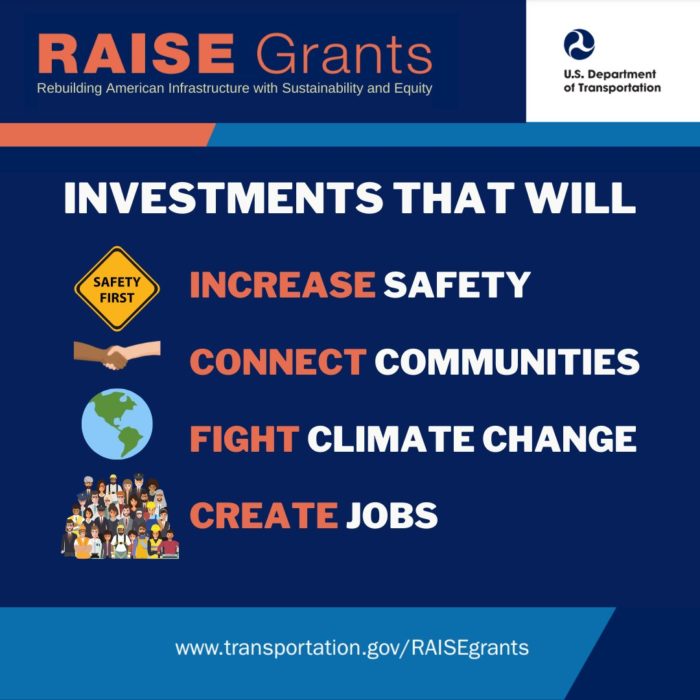 Big news from the US Department of Transportation this week! Several long-awaited trail projects received important federal funding that will improve biking and walking across the Washington metropolitan area.

Paved, accessible multi-use trails form the backbone of a low-stress bicycle and pedestrian network — they are the interstates connecting neighborhoods, employment centers, green spaces, and recreation areas. CTC has played an absolutely critical role supporting cross-jurisdictional work and promoting a unified vision of a world-class, connected network of multi-use trails for users of all ages and abilities.

On Wednesday, August 10th, that vision got a significant boost. Planners for two of the Capital Trails Coalition’s top priority trails projects — a bike and pedestrian span alongside the future Long Bridge between Arlington, VA and Washington, DC and the South Capitol Street Trail in DC’s Ward  8 — received word that they had been granted $30 million through the U.S. Department of Transportation’s extremely competitive FY22 Rebuilding American Infrastructure with Sustainability and Equity (RAISE) program.

The Virginia Passenger Rail Authority (VPRA) will receive $20M to build a new bicycle and pedestrian bridge across the Potomac River between Long Bridge Park in Arlington, VA and East and West Potomac Parks in Washington, DC. This new bike/pedestrian span, part of the larger Long Bridge rail expansion project, will create a safer and more accessible way for residents and visitors to cross the river. This is the culmination of over a decade of planning and advocacy alongside more than 1,400 community members who called on our transportation leaders to include accommodations for people who walk and bike as part of this once-in-a-generation bridge project. Early concept designs released this summer are encouraging but have room for improvement, and the CTC is ready and able to continue its work to ensure the project is sufficiently wide to ride and well-connected on either side.

The District Department of Transportation (DDOT) was awarded $10M to move forward a 3.8 mile walking and biking trail along South Capitol Street SE in DC’s Ward 8, extending the Anacostia Riverwalk Trail network and providing a connection to the Oxon Hill Farm Trail in Prince George’s County, MD. This new trail fills a crucial gap in the region’s bike/pedestrian network and will give residents in Ward 8 and across the region a new low-stress option for commuting and access to green spaces. This project is a huge win for equitable trail development and transportation equity, bringing a keystone trail to one of DC’s most persistently underserved corners. DDOT will also receive $9.59 million to purchase an additional 17 electric buses for the DC Circulator fleet via a separate but jointly announced federal grant program.

The CTC also congratulates Prince George’s County on their award of $20.5M for the New Carrollton Multi-modal Transportation System Project that will include a new train hall, sidewalks, bike lanes, enhanced signalization, and traffic calming improvements. This project will improve safety and increase accessibility for the community, improving the County’s on-street low-stress bicycle and pedestrian network. Transit-oriented development complements trails to create sustainable and walkable communities, and that future starts with bold projects like this.

While we celebrate these big wins, we want to acknowledge all of the effort that went into creating the multi-jurisdictional application we helped shepherd and led by Prince George’s County Department of Parks and Recreation that was ultimately not chosen for funding this year. The proposal was previously rated as highly qualified and we hope to meet with stakeholders in the coming weeks to consider future opportunities. This much is certain: the relationships we forged will carry on and we will continue to collaborate on our shared regional vision.

We know there’s more work to do to keep up the momentum for continued expansion of the trail network. But this week makes clear that, nationwide, trails and active transportation are ready to compete and be an increasingly-important part of the transportation fabric.