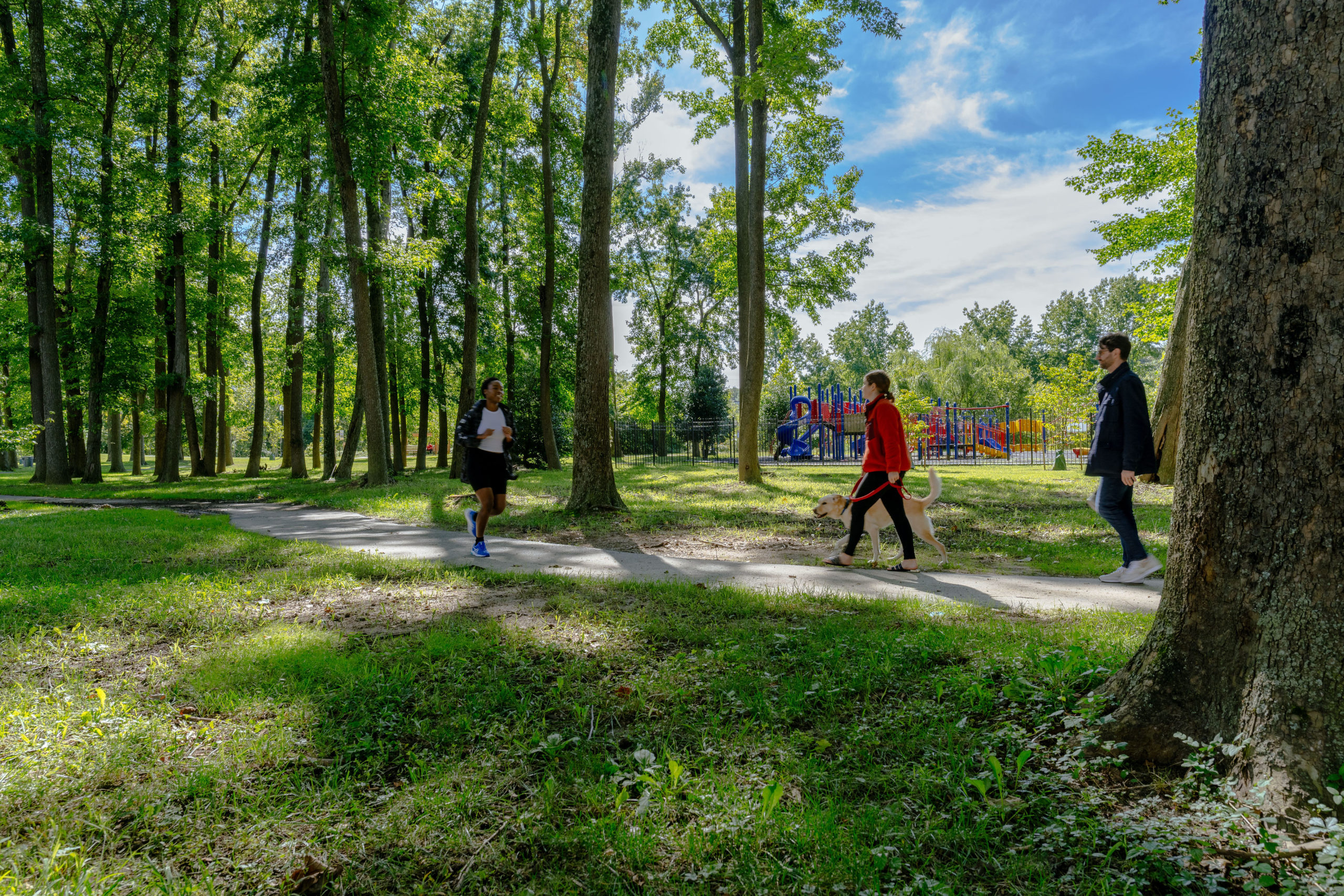 It’s an exciting time for trail enthusiasts: over the past four months, we’ve seen several major wins for trails from the federal to local level. We are excited to share a few of the trail developments happening across the region.

Earlier this month, the House Transportation and Infrastructure (T&I) Committee passed the INVEST in America Act (INVEST Act). This transformational bill includes millions of dollars of investment for active transportation. The House T&I Committee also selected $5.662 billion in Member Designated Projects (formally known as earmarks) to be included in the INVEST Act. 70% of the projects selected include an active transportation component. In June, the Capital Trails Coalition sent a letter urging Chairman DeFazio to select the trail-specific projects submitted by our elected officials. The following trail projects were included in the bill that passed through the House:

This funding is not final as the bill will still need to be approved by the Senate.

The Capital Trails Coalition has spent the last several years fundraising to complete an economic report to quantify the economic, social, and environmental benefits of the regional trail network. After a lot of hard work and several generous donations, we launched the process to create the Capital Trails Coalition Impact Report in October 2020. Throughout the winter, we met with elected officials and Agency heads to garner support for the trail network and secured 40 endorsements (listed on page 3)! We celebrated the completion of the report with a virtual launch event in April, and we heard from regional leaders including Congressman Don Beyer, David Harrington, and Neil Albert. You can watch the recording of the event here!

Council Resolutions in Support of the Trails Network

On July 13th, Councilmember Andrew Friedson introduced the CTC resolution to the Montgomery County Council. The council voted on the resolution on Tuesday, July 20th and it passed unanimously!

First, we are thrilled to welcome our newest Steering Committee Member, Laurie Williams! Laurie is a retired Sr. Computer Scientist that worked for the Federal Government. Once she retired, she became an avid cyclist and a mentor for the Washington Area Bicycle Association’s (WABA) Women and Bicycle program. She is on the leadership team of a local biking group, Black Women Bike DC where she promotes biking for women (especially black women) of all ages.

Laurie has been advocating for better biking infrastructure and safe streets for everyone. She is a League Cycling Instructor (LCI) certified by the League of American Bicyclists, and she teaches private lessons, learn how to ride classes, and bike safely and confident riding classes. She wrote, produced, and directed a video for the National Association of City Transportation Officials (NACTO) entitled “The Challenges of Biking in Underserved Suburban Areas: Central & Southern Prince George’s County, Maryland” and it can be found on her YouTube channel ‘BabyBoomersBiking’. Laurie advocates for biking laws and infrastructure with Congress and State Representatives. She has testified about biking issues before the DC and Prince George’s County Council and has advocated to bring Bikeshare docking stations to underserved communities.

At our quarterly meeting in March, the Capital Trails Coalition voted to have Greg Billing serve as our incoming Chair. Since that meeting, Greg has welcomed a second child and has stepped down as WABA’s Executive Director. Greg has been instrumental in making the Capital Trails Coalition what it is today and the Coalition’s leadership team would like to extend a special thank you for his efforts! We are honored to welcome Tony Goodman as the new incoming chair, effective October 1st.

Tony has been enthusiastically involved with the Capital Trails Coalition for many years. He previously worked for DC Councilmember Grosso’s office as Chief of Staff, and now is the Continuity of Operations Planning (COOP) Program Manager at the Homeland Security and Emergency Management Agency (HSEMA). He has provided a great deal of assistance to advance the NY Ave Trail project and served as a very involved member of the Capital Trails Coalition’s equity working group. He is very invested in providing recreation and transportation access to underserved communities in our region. His background in politics/ advocacy, local government, community organizing, and emergency management will be tremendously helpful additions to the Coalition and to the Steering Committee.

All of this work would not be possible without our Coalition members! Know of an organization we should partner with? Let us know! Be sure to follow us on Twitter @TrailsCoalition for up-to-date project information. Have questions about any of the projects listed in this month’s update? Feel free to reach out.