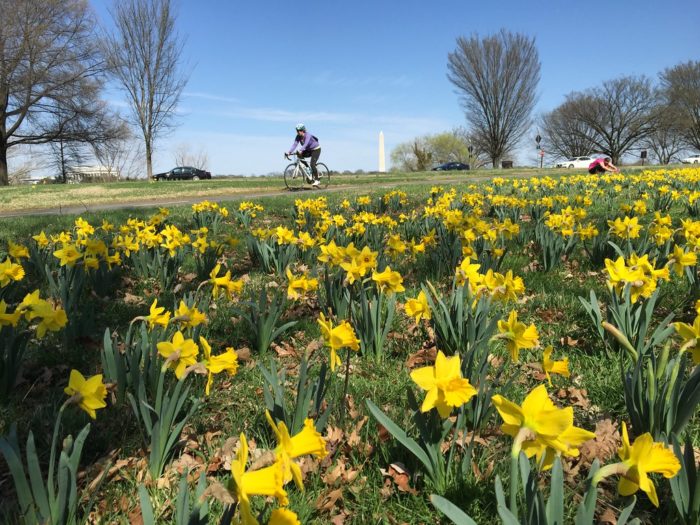 On January 25, 2022 the City of Alexandria Council unanimously signed the Capital Trails Coalition (CTC) Resolution, making it the fifth jurisdiction to pledge its support to complete the regional network of multi-use trails. The City of Alexandria joins Prince George’s County, Montgomery County, Arlington County, and the District of Columbia in passing the resolution.

The resolution succinctly summarizes the mission of the Capital Trails Coalition: to create a world-class network of multi-use trails that are equitably distributed throughout the Washington D.C. metropolitan region. Most importantly, the resolution endorses completion of the 40 priority projects in the Capital Trails Network (CTN) by 2025 (with the exception of Alexandria’s resolution) and calls on other government bodies and agencies to assist in prioritizing funding to complete the projects.

Advocating for the passage of this nonbinding resolution in each of the six jurisdictions within the Capital Trails Coalition footprint has been a key priority. The resolution isn’t an obligation to fund the projects outright, but by signing, leaders show a unanimous commitment to the CTC’s vision for the region’s multi-use trail network.

Expanding the trails network has long been a high priority for many of the jurisdictions including the City of Alexandria—see its Alexandria Mobility Plan. By helping each jurisdiction consolidate, unify, and better visualize their existing approved and published plans as part of a regional whole, the CTC has become an important partner to help make it easier, safer, and more comfortable for residents and visitors to use and access trails no matter their age or ability.

These important jurisdictional endorsements are a direct result, too, of the CTC’s successful advocacy at the regional level. In August 2020, the Metropolitan Washington Council of Governments (MWCOG) and Transportation Planning Board (TPB)—two influential regional planning bodies controlling federal transportation funds—formally adopted a new National Capital Trails Network (NCTN) based on and incorporating the CTC’s Capital Trails Network (CTN).

“Now that the regional planners and Councilmembers across the region have acknowledged the importance of the trail network, the next step is to work with them to actually fund these projects going forward,” says Stephanie Piperno, Capital Trails Coalition Manager. We may not have to wait long; on February 24, 2022, the TPB approved $7 million in funding for eight projects in Northern Virginia, almost all of which are part of the NTCN.

In the meantime, the CTC will continue to serve as a hub for planners and community leaders across the region working to complete the network. We will also continue to work with Fairfax County to adopt the CTC resolution. The county is in the midst of finalizing its Active Fairfax transportation plan, which includes encouraging commitments to bicycle and pedestrian infrastructure. Achieving that would mark unanimous support across our region.