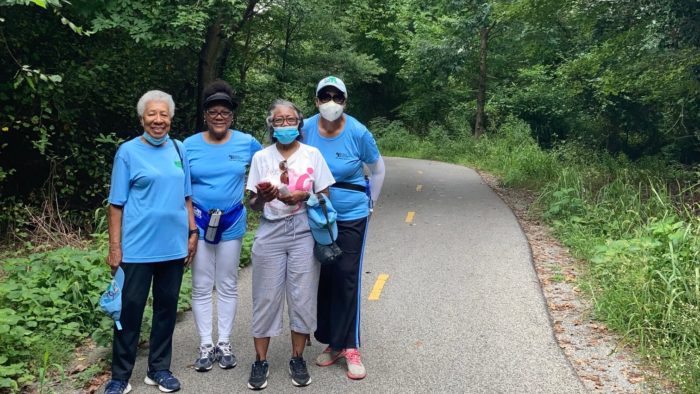 When the Capital Trails Coalition was founded, our goal was to serve as a entity where collaboration and coordination between public and private organizations, agencies, and neighborhood groups would thrive to advance the completion of an interconnected network of multi-use trails. Collaboration takes trust and trust takes time to build. Six years later, we are starting to see the fruits of our labor in a big way.

An example of this collaboration took place this summer when the Prince George’s County Department of Parks and Recreation, Montgomery County Parks Department, and National Park Service worked together to submit a Rebuilding American Infrastructure with Sustainability and Equity (RAISE) Grant through USDOT. This $23.3M application included 3.5 miles of new construction, 11 miles of trail rehabilitation, and safety improvements at eight intersections and at-grade crossings. RAISE is an extremely competitive program, and packaging the application gives both Counties a higher chance of being awarded the funds (as seen with the Circuit Trails). Arlington County also applied for the Cemetary Wall Trail and the District Department of Transportation applied for the South Capitol Street Trail. Grants will be awarded by November 22, 2021.

What else is happening across the region?

On October 13th, President Biden signed H.R. 2278 into law! This bipartisan Act authorizes the Secretary of the Interior to designate the September 11th National Memorial Trail. The trail links the National September 11th Memorial, the Pentagon Memorial, & the Flight 93 Memorial.

Wayfinding on trails is extremely important. It not only helps people get to where they need to go, but trail markings play a critical role in emergency response. In September, the CTC brought trail managers and planners from across the region as well as DC’s Office of Unified Communications together to discuss best practices in wayfinding and emergency response. Our regional partners discussed a variety of signage projects that are happening across DC, MD, and VA, including: the Capital Crescent Trail in the District, the Fairfax County Parkway Trail, the Anacostia River Tributary Trail System, and the Anacostia River Trail in the District.